Demi Negara's Blog Jester of the Week is ... 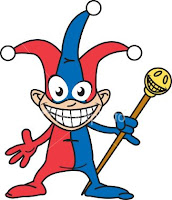 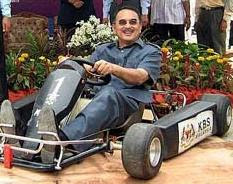 Yes, the winner of the inaugural award is Ali Rustam, the Chief Minister of Malacca.
Tahniah YAB Dato' Seri.

For single-handedly liberalising the rarefied Malaysian institution of the Datukship with his awarding of the Darjah Mulia Seri Melaka which brings the title "Datuk" to Bollywood actor Shahrukh Khan ostensibly in recognition of this actor's jasa, pengorbanan dan keperwiraan -- deed, sacrifice and gallantry -- in his service to the historical state of Malacca.


Enough has been said about this in the blogosphere. Talk is cheap. KijangMas will not add to the pile. Instead, I propose a hearty pile of:- 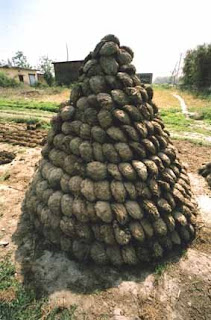 A Datukship is, of course, just one of the seven must-have items in the Malaysian Neo-VVVIP Survival Kit. This kit consists of (in no particular order):-
- A Datukship
A few years ago, the really cékai VVVIP-wannabes would secure "Dato’ Mindanao" awards from the "Sultan of Mindanao" of the southern Philippines. This has died down after some unflattering media exposure. Quite timely indeed. Otherwise we would have been inundated with Datuks from other extinct Malay kingdoms of the Nusantara – Dato’ Patani, Dato’ Singgora, Dato’ Ligor, Dato’ Setul, Dato’ Palembang, Dato’ Jambi and so on.

- A phony Ph.D. from a diploma mill
Usually off a mailbox somewhere in a sleazy part of my occasional hometown, Los Angeles. Hint: Beware of politicians with "Dr." prefixes mysteriously obtained at late middle-age. Go through the UMNO candidates list for Supreme Council posts and above and spot the LA-mailbox University alumnis. Well, I guess "Dato' Seri Dr." adds some much-needed credibility to these assorted jesters and broker-angins.

- A single digit number plate
Numbers "1" and "8" are out of the question, so many would settle for a "4" or a "5." The more cékai VVVIP-wannabes would get an "11" and then affix the digits one millimeter apart to create the illusion of a number "1" when viewed from afar. Personally, I would go for "6967" – it sounds good when said aloud in Cantonese with a mouthful of Ngan Yin groundnuts.

- A Trophy Maid
Yes, a trophy maid. Trophy wives are now passé -- they are high maintenance and inevitably get old, fat and ugly and are non-exchangeable or returnable. Trophy maids are just like the recon luxury cars or the phony Ph.Ds or the meaningless car crests – obtainable for a determined price and replaceable, plus can cook and wash too. It has become fashionable nowadays for these Datuks to utter, "Oh itu orang gaji I. Bukan bini I. Kenapa? Cun kan?"

- Golf Clubs in the boot/trunk
... although the last time they actually “played golf” was when they whacked the neighbourhood stray with the 9 iron.


Anything else in the Malaysian Neo-VVVIP Survival Kit?