What’s all the hoopla about a Catholic publication in this country wanting to use the word “Allah” to signify the Christian God in its Bahasa Malaysia section? This "Allah" connotation would ostensibly extend to Bahasa Malaysia Bibles and at mass and prayer sessions conducted in the National Language.

Why this sudden urge to write, read, converse and preach in Bahasa Malaysia? How come the very people who couldn’t even give you the time of day or simple street directions in the National Language suddenly fight tooth and nail to use the word “Allah” in Bahasa Malaysia Christian publications and Bibles that they themselves will never read, let alone comprehend?

Who would be the end-user of these Malay Bibles? Uncle Ignatius Lourdesamy down the street? What about his extended family who all grew up speaking and reading and writing English (and perhaps some Tamil though they may not admit it) and whose only exposure to Bahasa Malaysia was at school and in filling various borangs and permohonans at the pejabat kerajaan? You truly believe these Christian Anglophiles would be reciting their holy scriptures in Malay? Praising "Allah" and the Son of "Allah" in a language synonymous with Malay hegemony and stuffy government bureaucracy?

“Allah" is the Arabic word for The God, not just any God, and is thought to derive from the prefix al ("the") and the generic ilah ("god"). Hence, the La ilaha il Allah ("There is no god but Allah") in the first half of the Islamic Shahada. What about Arabic Bibles? Do Christian Arabs use "Allah" in their scriptures? Sure, Arab language Catholic, Coptic and Orthodox scriptures indeed use the term "Allah." But the issue here is not about usage of "Allah" in Arabic Bibles. It is about Christian literature written in Bahasa Malaysia, yes Malay, Melayu, the Bahasa Kebangsaan. And this is about the Malay Bible, the Kitab Injil Melayu.

Shouldn't the Malay language Bible carry a Malay name for this Christian God in view of the unequivocal fact that the Arabic "Allah" has always been regarded as The God of the Muslim majority in this country, not necesssarily in other countries, but in this nation of ours? O.k., what then is the generic word for "God" in Bahasa Malaysia? "Allah"? No, as mentioned, that's Arabic for The God. Would Hindus and Buddhists and Sikhs and Taoists and various traditional faiths dotting our hinterland also regard "Allah" as their God or supreme deity? No. They have their own Gods with their own God-names since antiquity. O.k., then why should some Christian denominations in this country demand the right to use "Allah" in their Malay literature? Isn't there a more accurate generic Malay term for this Christian deity to match the generic English term "God"? Yeah, how do you express a non-Islamic "God" in Malay?

Is this the issue?

Is this what the masalah is all about?

You know why this became a masalah?

Because you church people are largely language retards when it comes to Bahasa Malaysia. Your vocabulary of 200 words couldn't possibly fathom the lexiconical dexterity of our National Language, and with your lazy, cincai and typical tidak apa way to problem solving, you just curi and hantam whatever fits your needs -- in this case equating my Allah Subhanahu wa ta'ala to your own deity and holy beings.

Listen, the generic word for "God" in Bahasa Malaysia is “Tuhan.”

Yes Tuhan. Repeat after me: TU-HAN. No not TIU, its TU. Again, TU-HAN.

You can partake in your Tuhan to your heart's content now. You can pooja as much of this Tuhan as you want, and can knot parables of sons and virgin mothers and assorted miracles for this Tuhan of yours. I can live with that. No issue. In the name of God ... oops I mean, Tuhan, lets all now be productive at work/business and get on with our lives.

No deal? Tak puas hati? Some of you still not satisfied?

You still want my "Allah"?

"Tuhan" not good enough for your supreme being and son?

Still want your day in court? Still want to be an agent for turmoil and conflict in this country?

Hey, I thought the generic Malay "Tuhan" was the perfect literal translation of the generic English “God”? “Oh my God” would then be “Ya Tuhan” to the Christian Bahasa Malaysia speakers. "Son of God" would be the Anak of this generic Tuhan. Do you really believe "Anak Allah" would make sense, especially to the Malays and Borneo natives that you plan to Christianise?

Why this insistence on "Allah"?

Would the religious experience of Malaysian Christians be less profound if my Allah is not used in your Malay scriptures? Is this a case of God-envy then? You have Malay-envy, NEP-envy, National Language-envy ... and now you are afflicted by a case of God-envy.

Ok, ok, if you really must worship a supreme being you want to call "Allah" to the extent of going to court for this holy privilege and creating a ruckus for the world to see, KijangMas has a solution for your troubled soul. Become Muslims lah! Duhh!

Yeah, you can then face Allah in prayer five times a day and praise and glorify Allah the Merciful and the Compassionate every moment of your mortal existence on this Bumi. Heck, throw in some cultural affinities (on top of your language conversion since you all have seen the holy light and longed for prayers in Malay), you could even be called Bumiputras in your MyCard, and we will be one big happy family, sharing the Tuhan-given social privileges, free money, discounts, tongkats and all. This marks the end of our Racial Polarisation. Alhamdulillah!

Still want to go to court? Haiya, why you fellas like to go to court ah? I thought you people don't trust our justice system? Bias lah, tipu lah, berat sebelah lah. So why still want to go to the Mahkamah? To make a mockery of the issue? To purposely subject my Tanah Air to ridicule in the world press? That I don't like.

Listen up, why don't we do something better than a "bias" Malaysian Mahkamah can do for you. Yes, we go to your ultimate Mahkamah. No, not the Queen of England lah dey. Itu sudah subcon to the “England Trained Barrister” fruitcakes of Hindraf. We can do better than that. We go straight to Vatican City. Yes, the Holy See, the abode of the Pope. Happy now? We shall petition Pope Benedict XVI for the Catholic Church to use “Allah” in reference to your God in every bible on this planet, irrespective of language. So not just the Malay version will use "Allah." The English, Spanish, French, Russian, Swahili, Patagonian, Hottentot and Inuit version will use "Allah" as well. Brilliant ah? Don’t thank me. Thank your fellow concerned citizens here.

You think this is a joke? Do you know that similar thoughts had been expressed by no less than a Roman Catholic Bishop in the Netherlands? Yes, Bishop Martinus Muskens of the Dutch diocese of Breda proposed that people of all faiths refer to God as “Allah” to foster understanding. He said: “Allah is a very beautiful word for God. Shouldn't we all say that from now on we will name God Allah?” So what are you waiting for Ignatius Lourdesamy and Ezekiel Tan? Sign the petition!

Oh I see, you want "Allah" only in the Malay Bibles but not in the English, Mandarin or Tamil versions? So you can pick and choose your God's name as you like, depending on your target audience? Hmm, how so flexible, so convenient, ........ so sly and cunning.

In that case, I think a dialogue with you people would be futile.

Perhaps it's time for the TRUTH.

Folks, you know the REAL reason these zealots are demanding a Bahasa Malaysia Bible complete with the Arabic “Allah”?

For the Malaysian Christians out there?

For the types that do their best to mimic what they perceive as “Christian” culture and symbolisms such as the American/Western concocted Santa Claus and reindeer and Christmas Tree and milky white cherubs (anyway, why can’t cherubs be like this) and happy little elves running around? The types that take pride in their English, the language of their holy scriptures? The type that either refuse or unable to string a simple Bahasa Malaysia sentence? The type that would only use the Malay language, pidgin style, to reprimand their maids and gardeners and to cuss the traffic cop on the street after dishing out RM50 in order to cheat the nation of RM300?

So suddenly these people underwent a Spiritual Linguistic Awakening, a lighting bolt that gave them the irresistible urge to pray together in their gerejas in glorious Bahasa Malaysia, in the Malay language that they hitherto abhor and oppose? Hallelujah!!! Praise the Tuhan! 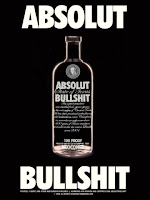 You really want to know why we now face groups of zealots bent on inundating our Tanah Air with Malay Injils at all costs, no matter the social repercussions? Betul mau tahu?

Not yet. Tunggu dulu.

Let’s work towards the answer with another question.

The Archbishop and his army of priests and nuns?

Devotees such as Teresa Kok and Charles Santiago and Irene Fernandez?

My old neighbour Maximillian Dominic Putucheary, the Johnny Walker connoisseur who claimed he is more English than the Englishmen?

What about your typical Joshua Nathaniel Luke Ying Siew Heng, the type that carries several garbage bags full of grievances against his “Malay oppressors” who finds solace in his English-language hymns at his Sunday church service up an SS2 PJ shophouse? Huh? Joshua Ying here also has a sudden urge to praise "Allah's" glories in Bahasa Malaysia as well?

And marvel at their colour-coordinated Global Religious Battlefield Map reminiscent of some Hollywood sci-fi flick?
Broadband-ready Tuhan ka?)
The point is: why this need, this persistent tenacious need to use the word “Allah” to connotate this Biblical deity, as if the whole foundation of the Christian faith in Malaysia would collapse without it? How come the generic Malay "Tuhan" is not good enough, although "God" itself is the generic English word for supreme deity. What about other languages? Do they have a specific personal name for God or is it generic as well? Let's see. In German it is Gott; in French Dieu; in Croatian Bog; in Spanish Dios; in Swedish Gud; in Italian Dio; and in Russian Бог. Yup, all generic, a connotation, not a personal name, for a supreme being in their respective languages. So why must some Christian denomination in this country insist on using the Arabic word for The God to connotate the Christian supreme being in a Malay language Bible? Yeah, why use the Arab name in a Malay language scripture? Why not use the Spanish Dios? Or the French Dieu? Why this proclivity, this inherent desire, a burning need, to use the Arabic "Allah" in a Malay Bible although the Malay generic word for such deities would be the perfectly understandable and infinitely more accurate Tuhan?
Posted by KijangMas at 3:17 AM 263 comments: